Colman Coyle were recently instructed by a firm of independent financial advisors to challenge a final decision issued by the Financial Ombudsman Service (“the FOS”).

The complaint brought before the FOS concerned the setting up of a Self-Invested-Personal Pension by the firm to facilitate the transfer of some of their client’s personal pension plans into an overseas Caribbean complex on an insistent client basis.

The overseas scheme since fell into trouble and the client complained to the FOS that the firm should compensate him for his loss.

The complaint alleged serious failings on the part of the firm all of which the firm strenuously denied. Despite this the FOS upheld the complaint and the firm was ordered to compensate their client the value of his loss.

Unlike a Court, a determination made by the FOS does not need to be in accordance with the law of England provided its “fair and reasonable” and the FOS now has the power to make awards up to £350,000 for complaints which took place on or after 1st April 2019. These awards are then enforceable as if a Court Judgment.

This decision had serious implications for the advisors.

The firm approached Adam Palmer to take the case on. Mr Palmer engaged with the FOS and requested that it quash its final decision. It soon became clear, however, that the FOS would not quash its decision so judicial review proceedings were commenced in the High Court.

Despite the FOS initially refusing to quash its decision, soon after the proceedings were served the FOS indicated that it did not intend to contest the claim.

The decision was subsequently quashed and after reconsidering the complaint we are pleased to say the FOS has not upheld it.

If you are considering a judicial review of a decision issued by the FOS it is important that you act quickly because the claim must be filed ‘promptly’ and in any event not later than three months of the final decision having been made.

If you have a dispute with a financial advisor and require advice or you are a financial advisor requiring advice about a complaint brought by a client please contact Adam Palmer on 0207 704 3418 or enquiries@colmancoyle.com for information on how we can assist. 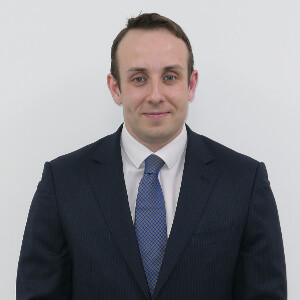