Tenants are entitled to acquire leases of basement, airspace and subsoil as part of a collective enfranchisement claim

A recent tribunal decision highlights the challenges faced in ring fencing the possibility of development of basements, airspace and subsoil when there is a claim for collective enfranchisement under the Leasehold Reform, Housing and Urban Development Act 1993 (“LRHUDA 1993”).

In the case of LM Homes Ltd and others v Queen Court Freehold Company Ltd [2018] UKUT 367 (LC) (20 December 2018) the claim related to a block of 45 flats. Terms had been agreed with the nominee purchaser (the leaseholders’ representative) for the acquisition of the freehold and other intermediate interests and various transfers had been completed.

The landlord had previously granted separate 999 year leases of the basement, airspace and subsoil, allowing development of each of these areas if planning permission was obtained. The tenants of the basement, airspace and subsoil disputed the nominee purchaser’s entitlement to acquire their leases as part of the claim, however the Tribunal found in favour of the nominee purchaser. There was an appeal.

A collective enfranchisement claim is initiated by service of a notice under section 13 of LHRUDA 1993. The nominee purchaser’s notice continues in force “until a binding contract is entered into in pursuance of the notice”. Binding contracts had been entered into by the completion of various transfers pursuant to the notice and it was argued that the notice therefore no longer had any effect. The Upper Tribunal disagreed, holding that a binding contract includes both the singular and the plural and that LRHUDA 1993 clearly contemplates that more than one contract might be required to complete the acquisition of all the interests to which a nominee purchaser may be entitled.

It was further held that a nominee purchaser has the right to acquire any lease whose demise includes common parts of the relevant premises where the acquisition of the interest is reasonably necessary for the proper management or maintenance of those common parts. It was concluded that the basement, subsoil and airspace leases all satisfied this test.

The basement constituted common parts, as it contained a boiler which served the flats. The subsoil formed part of the exterior of the building, as did the airspace above meaning both also fell within the definition of common parts. As development of these areas would significantly hinder the tenants’ ability to maintain these areas, the nominee purchaser was entitled to acquire them.

This decision will be welcomed by tenants, as it follows the wide interpretation given to common parts and recognises the tenants’ need for control of all parts of the relevant premises for effective management, but also demonstrates to landlords and investors the difficulties involved in trying to ring fence parts of a property for future development where there is a possibility of the tenants bringing a claim for collective enfranchisement.

We understand that the case is going to further appeal.

If you require advice on collective enfranchisement, please do not hesitate to contact our Enfranchisement Department and we will be happy to help. 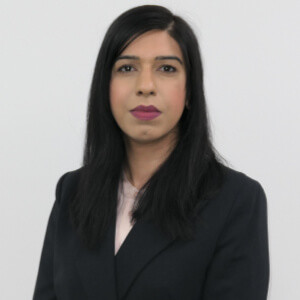