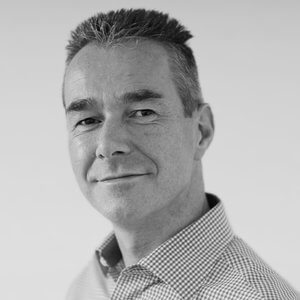 Fellow IR Global Member, John Wolfs of Wolfs Advocaten, a highly regarded law firm based in the Netherlands, recently instructed Colman Coyle to act for the victim of the increasingly common problem of internet fraud.

This was clearly a well planned fraud in that the fraudster must have appreciated that the principal was away from the office and also sent emails which fooled the accounts department into thinking this was a legitimate request being made by the principal.

Believing that this was a legitimate instruction, the accounts department processed the payment. It was only on the following day, when the fraudsters sought to obtain a further payment to a different HSBC account in England that the accounts department became suspicious and checked with the principal.  The fraud was then discovered.

The second payment was not made but, although the company’s bank sought to recall the first payment, HSBC was not at all helpful.

John urgently contacted Howard Colman of Colman Coyle who he knows well through their membership of IR Global.  John arranged for his office to call Howard at home that evening to explain the position and Howard then set about trying to freeze whatever funds were still held by HSBC.

The English High Court has provision for a Judge to be available 24 hours a day, 7 days a week, to deal with urgent matters.

Howard was able to speak with the duty High Court Judge very early the next morning and sought a freezing order prior to the bank opening.  The Judge arranged for Howard to appear in Court first thing that day when he formally granted the freezing order. Still HSBC were uncooperative but, once the order was served upon them they were bound to freeze the account, which they did.

Proceedings were issued against the account holder who, not surprisingly, appeared to have given a false address to HSBC when opening the account.

After obtaining Judgment an order was made for the bank to pay back whatever sums it held.  Until then it was not clear whether any monies remained with HSBC but fortunately the quick action meant that around 60% of the money was still in the account and so was returned to the company.

Nevertheless, the company has lost the balance and it clearly raises questions as to the due diligence of HSBC in opening two separate accounts for the fraudsters.

It also highlights again the need for care when making payments to third parties and adopting practices to safeguard against this ever increasing problem.

Colman Coyle are particularly pleased that by fast action from John and Howard they were able to at least mitigate the loss for the company.