Ignacio Morillas-Paredes and Oksana Howard of Colman Coyle International Department attended a piano concert of an acclaimed Spanish musician Javier Rodriguez, in support of UNICEF for children, which was hosted by Pushkin House – the UK’s oldest independent Russian cultural centre based in London.

Ignacio presented the concert and the musician to the audience, which was mesmerised by the beautiful music composed by the artist. 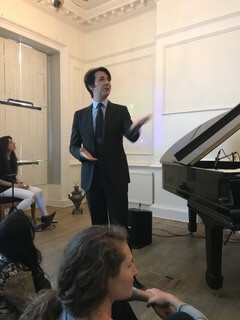