This was a case decided by Mrs Justice Rose relating to a will trust made by Mr Henry Hand in 1946.

The Claimants were the adopted children of Kenneth Hand, who was one of Henry Hand’s sons.  The Claimants accepted that under the domestic law in force they were not included and that their father’s share of the Henry Hand Trust would go to the Defendants, who were their cousins.  However, the Claimants argued they could rely on their rights under Article 14 of the European Convention on Human Rights (“the Convention”), which provides a prohibition against discrimination, in conjunction with Article 8 of the Convention which provides the right to respect for private and family life.  They said that the Convention should override the discriminatory effect of the domestic law so that they were treated as equals with the birth-grandchildren of Henry Hand.

The Defendants were the birth-children of the daughter of Henry Hand and the Trustees of the Henry Hand Trust.  They argued that if Henry Hand had wanted to include adopted grandchildren as potential beneficiaries then he would have done so but instead he used wording in his will which excluded adopted children.  They said that there was no justification for applying the Convention to interpret an instrument of domestic law that was drawn up before the Convention was even drafted. They said that to allow the Claimants to inherent would subvert the intention of Henry Hand.

Mrs Justice Rose agreed with the Claimants and found that the reference in Henry Hand’s will to the child or children of his children included any adopted grandchildren and so it included the Claimants.

In light of advancements in technology and modern medicine in dealing with fertility issues and the changing perception of family arrangements, it is possible that similar disputes could arise in the future. This decision is likely to be helpful in providing clarity on the Court’s approach to those issues.

This case related to the setting aside of a consent order based on the contractual principle of common mistake.

The claim was brought by a number of charities, who sought to set aside a consent order which had provided the longstanding unmarried partner of the deceased with an award under the Inheritance Act from the deceased’s estate.

The settlement which gave rise to the consent order had been predicated on the belief that the deceased had died intestate such that his partner did not, on that basis, inherent anything from his estate.  The settlement provided that the partner should receive a life interest in one of the deceased properties plus £25,000 to cover essential repairs to the property with the purported intestacy beneficiaries inheriting the balance of the estate.  The consent order specifically recited that the deceased’s intestacy had failed to make reasonable financial provision for the partner.

However, following the partner’s death some 3 years later, it was discovered that the deceased had, in fact, left a will which had left the property which, by this time had been sold, to the partner absolutely, with a life interest in another property.

Accordingly, the charities sought to set the consent order aside and they claimed an entitlement to the sale proceeds of the property.

The Judge hearing the case held that the mistake in question, namely the belief that the deceased had died intestate (without a will), was fundamental.  Accordingly she held that the settlement agreement was therefore void for common mistake and she agreed that the proceeds of the sale of the property should be paid to the charities.

This is an interesting case given that the doctrine of common mistake is rarely applied in practice. In the context of contested probate, it demonstrates the Court’s approach to the importance of a valid will, even where this is found some years after an agreement based on no will existing. It also demonstrates the importance of a testator notifying next of kin about the whereabouts of a will.

The government has dropped plans to increase the costs of obtaining a grant of representation or grant of probate.

The proposed fees were to be applied on a scaled basis in line with the value of the estate where an estate valued at over £2million was to incur a fee of £20,000. The proposed increase was due to take effect from May 2017 and was met with severe criticism given that current flat fee for obtaining a grant is £155 for solicitors or £215 for individuals.

There was considerable concern expressed about how executors would fund this payment and many viewed the payment as a tax on death.  The fact that it has now been scrapped will be a welcome relief for practitioners and executors generally.  Watch this space as to whether the next government reinstates the proposed increases… 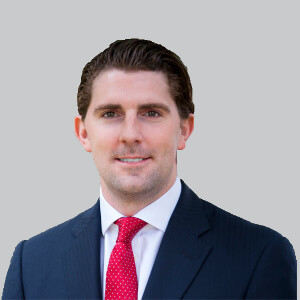