Boundary Disputes: A new resolution process on the horizon

The Property Boundaries (Resolution of Disputes) Bill is currently making its way through the legislature.  In an effort to reduce the number of boundary disputes being dealt with in the Court system, the new bill proposes a procedure whereby a party wishing to resolve a dispute as to the position of a boundary must serve notice upon the neighbouring owner identifying where they assert the exact line of the boundary is and include a relevant plan.  The neighbouring owner then has 14 days within which to agree or object.  The default position in the event the neighbour objects to the proposed boundary or fails to respond is that a dispute is deemed to have arisen.  The process is therefore similar to the mechanics of the Party Wall etc. Act 1996.

Once the notice has been served and in the event a dispute is deemed to have arisen, the new bill prescribes that a single surveyor (agreed by both parties or if a single appointment is not agreed, by three surveyors consisting of one appointed by each party and a third independent surveyor) will determine the exact line of the boundary.

If either party does not agree with the Judgment of the surveyor (or the three surveyors) then either party has 28 days within which to appeal the decision to the High Court.

Absent an appeal, the determination of the surveyor(s) can be registered at the Land Registry.

This would then leave any claims for trespass etc. to be determined separately between the parties in the normal course.

It is not clear when or if the proposed new bill will come into law but it is an interesting proposition. 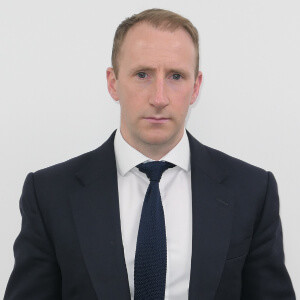